This activity can either be done as a student inquiry or teacher demonstration. In either case, a preliminary and follow-up discussion can be used to stimulate thinking and reinforce concepts taught in the unit. 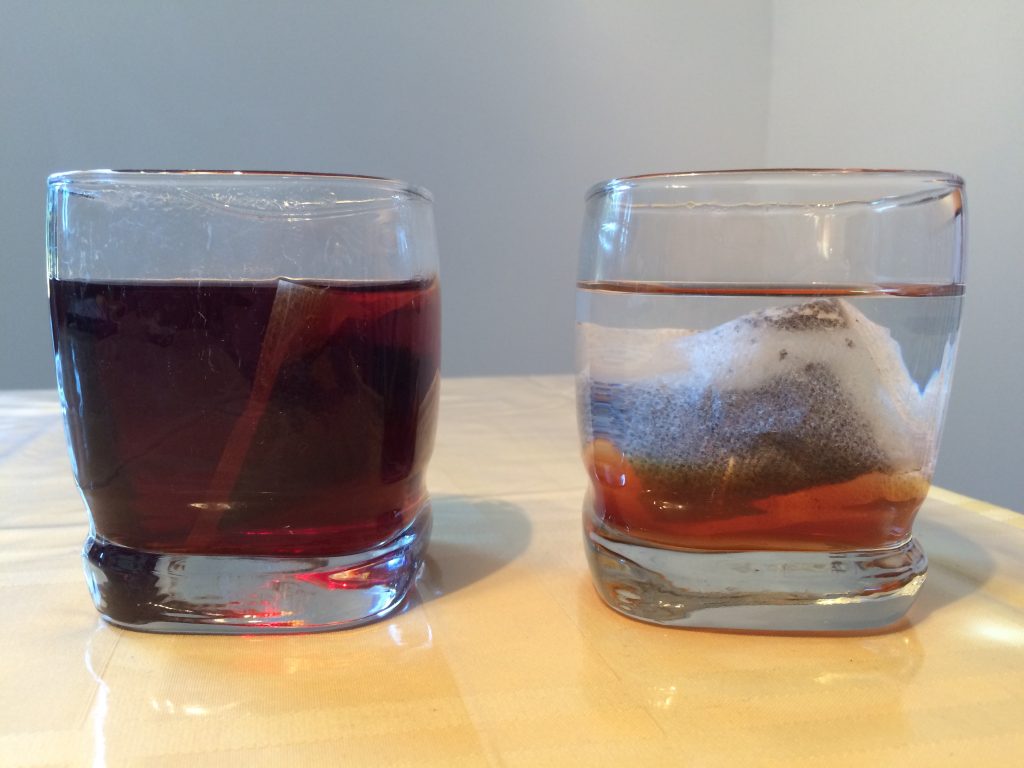 The Activity:
1. Have your students draw this chart. 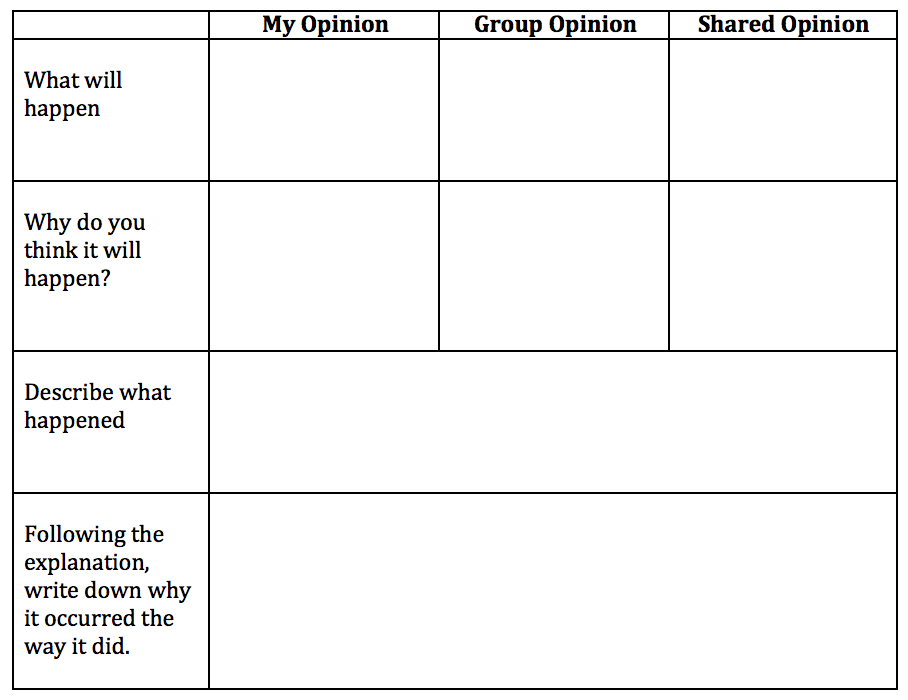 2. Ask your students what they think will happen when one tea bag is put into hot water and another into cold water? Have them write it down in the ‘My Opinion’ column including why they think so.
3. Have your students share their answers with the person beside them. Each student should then write the combined opinion in the ‘Group Opinion’ column as they did before.
4. Lastly, have each group share their results with another group and write the consensus opinion in the ‘Shared Opinion’ column.
5. Perform the demonstration by placing 1 tea bag into a cup of cold water (the colder the better – use ice cubes if possible) and 1 tea bag into a cup of boiling water.

6. Have your students complete the row ‘Describe what happened’
7. Explain what occurred.

Explanation:
First some simple thermodynamics:
You know in those airplane or space movies where a door is opened and people get sucked out? Well, that doesn’t really happen, not like that anyways. Yes, air does move from inside to outside but there isn’t the massive suction effect. Prior to that door being opened, molecules of air continually collide with the door but do so in a random manner. When the door is opened, there’s simply nothing stopping their motion so any molecule that would have collided with the door, simply leaves the room. There’s a net movement of molecules from inside to outside because there are more molecules inside therefore, there’s a greater chance of one of them moving through the door than a similar molecule moving from outside to inside. After a short time (shown in the movies as that suction effect I already mentioned), there is an equal number of molecules inside and outside. The molecules are still moving and passing through the door, however, now the number of molecules that pass from inside to outside, is the same as those that move from outside to inside

The molecules in the left diagram will experience a net movement from left to right. The diagram on the right shows an equal distribution and therefore, there will be no net movement.

Diffusion is just like that. It’s the movement of a substance from an area of high to low concentration due to the random motion of molecules in a container. If we put a thermometer inside a liquid, we see the reading as how hot or cold the liquid is. However, what we are really finding out is how quickly the objects inside the liquid are moving. A higher temperature means greater motion. A lower temperature means less motion. Absolute zero (0° Kelvin) is the point where a molecule stops its motion entirely. However, this number is only theoretical as we’ve never experienced an absolute zero situation. Even space is approximately 2.7° Kelvin or -270.45° Celsius. Back to our door example. Since temperature is motion and we know that a molecule’s motion is random, it can be understood that if we increase the air temperature, our molecules are going to move faster and therefore, will randomly collide with our open door more often. Liquids are no different. If we increase the temperature of the liquid, the molecules inside will gain energy and move faster. The faster they move, the more quickly they will spread out into their container. This is what happens when you put a tea bag into cold and hot water.

Tea Bag In Cold Water:
In the cold water, the molecules of the tea bag don’t have as much energy and therefore, don’t move as fast. It takes them a long time to spread evenly throughout the water.

Tea Bag In Hot Water:
Alternatively, in hot water, the molecules of the tea bag have a lot more energy and therefore, spread into the surrounding water quickly. 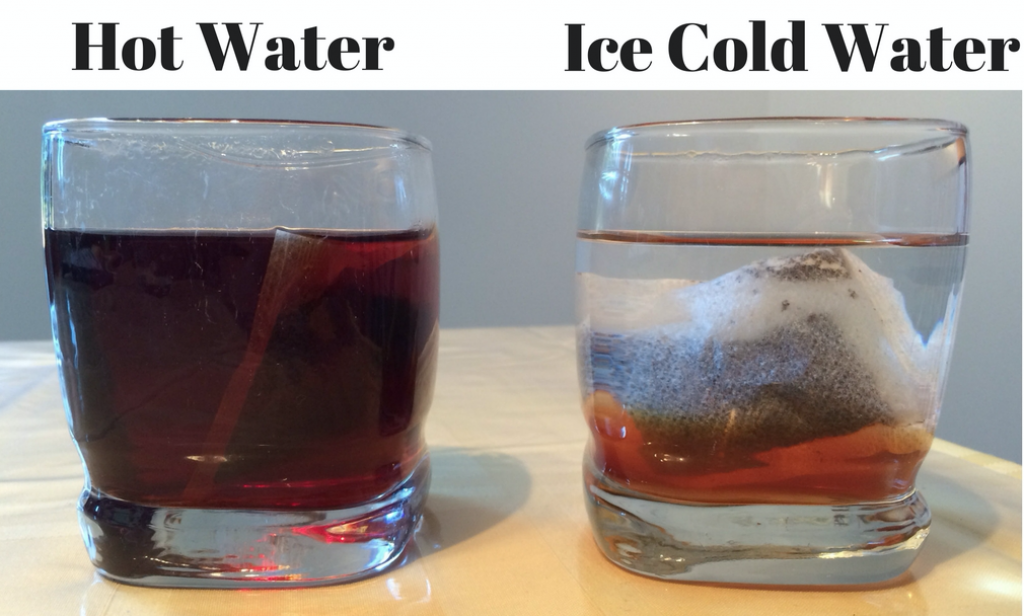 After 10 minutes of diffusion

8. Have your students complete the last row using the information you provide in the explanation.

That’s it. Please let me know what you think in the comments.