The Dangers of Speed

We see it everywhere from sports like NASCAR to video games to movies like The Fast and Furious and even on our local highways. People, especially male teenagers, have this need for speed but why do people love to go fast and what are the potential consequences? 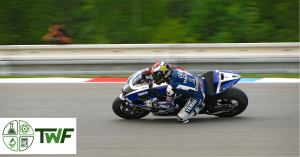 In our need it now society, people want to get things done quickly but there’s more to it than that. People don’t jump out of airplanes or participate in street races because they want to arrive at their destination faster. They do it because of the rush they get. When you speed, your body releases pleasurable chemicals into your body such as dopamine and adrenaline. Many extreme athletes require larger thrills to obtain these chemicals or can only obtain them only through extreme activities. However, this need for speed extends beyond the racetrack into our everyday activities.

Speed Kills:
According to The U.S. Department of Transportation, 32,719 people died in motor vehicle crashes in 2013. These deaths can be attributed to many things including speed. In a 1999 study, it was found that 30% of fatal crashes were due to speeding. This would account for approximately 9,800 deaths in 2013 alone. In 1974, The U.S. Congress established a nationwide speed limit of 55 mph (89 km/h), which led to a 16% decrease in traffic fatalities. Further studies have shown that an increase of 1 km/h (0.62 mph) above the speed limit will increase your chance of accidents by 3%.

Not only does speeding cause more accidents, speeding also increases the severity of the accident. Injuries become more severe and deaths more prevalent. This increase is directly related to the force exerted on you (and the person or object you collide with) during a crash and the rate at which you decelerate upon impact.
Also note that speeding doesn’t simply mean exceeding the posted limit. Excess speed can also mean traveling too fast for conditions such as snow, rain, ice or fog. These conditions hinder your ability to stop and therefore, you must travel at a slower pace.

Where should I send your lab station activity?

Success! Now check your email to confirm and get your readings.

The Science of Speed

Safe Driving:
It’s simple physics, the faster your car is moving, the less time you have to react. If you are traveling at 100 km/h (62 mph) and the object in front of you (say a car or a tree) is 50 m (164 feet) away, you will have 50/27.7 = 1.8 sec to stop before you collide. If you were going 200 km/h (124 mph), you would have half the time (0.9 seconds) and so on. This information can be found using the equation – time = distance / speed. Since the average human reaction time (time before you know what’s going on) is 0.25 seconds and the car takes a certain amount of time to come to a stop (1-3 seconds depending on your speed); the faster you go, the less likely you are to stop. Furthermore, when you travel faster, you require a greater deceleration in order to slow you down in the same amount of time. The faster you decelerate, the more force is that required to stop you (Force = mass x acceleration). More force means more impact on you and potentially, more injury especially if that force is from a tree.

The Three-Second Rule:
Not just for dropped food anymore. The three-second rule means that you should have three seconds to stop if needed. To ensure this, watch the driver in front of you as they pass an object like a telephone pole, etc. and count how long it takes you to pass the same object without adjusting your speed. If it takes less than three seconds then you are following too close.

If you’d like to download the comprehension questions along with the other 6 stations. Simply enter your email address below and I’ll send you immediately.

Where should I send your lab station activity?

Success! Now check your email to confirm and get your readings.