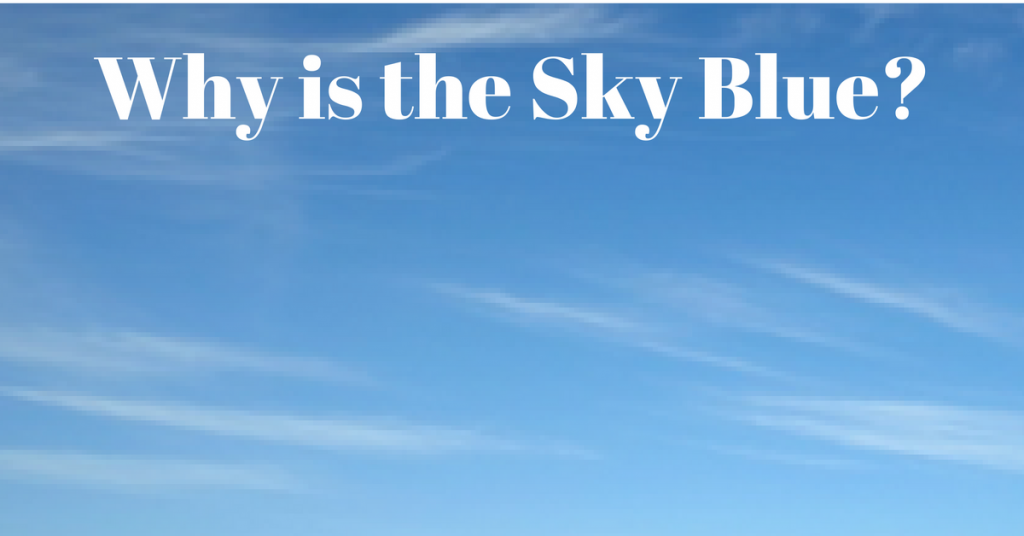 First up, the sky isn’t blue, it’s transparent (clear or see through). The sky only looks blue because we have the Sun, we have an atmosphere and because of the way our eyes work. Earth’s atmosphere is mostly made of oxygen and nitrogen gas. As sunlight hits Earth’s atmosphere, it hits these particles and gets scattered. Earth’s atmosphere scatters violet light the most, then blue light, then green, and so on all the way to red which is scattered the least (have another look at the spectrum above and look for a pattern). To be exact, blue light is scattered 16 times more than red light as shown in the graph on the right. We see the sky as blue because once sunlight hits our atmosphere; the blue light is scattered the most. The blue light bounces around in all directions, eventually reaching our eyes. This is called Rayleigh scattering.

The other colors aren’t scattered very much. They pass right through the atmospher 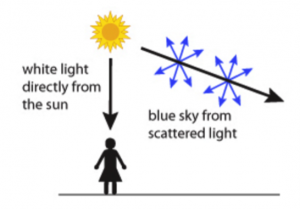 e and light up the ground, buildings, people, etc. It’s that light
that makes daytime, bright. Violet light is scattered the most but the sky isn’t violet. This is because it’s a lot easier for humans to see blue light than violet light.

Would you like a more detailed overview in PDF form that includes 9 comprehension questions?

Perfect for helping your students improve their scientific literacy.

Success! Now check your email to confirm your subscription an

Why are sunsets red?
As the sun sets on the horizon, the sunlight has to travel through Earth’s atmosphere for a longer time. When this happens, blue and violet light is

scattered so much you can’t see them. This also causes more amounts of yellow, orange and red light to be scattered. As you’ve already read, we only see the light that is scattered. As the Sun sinks lower on the horizon, it’s light passes through more atmosphere and more red light becomes scattered. The more it’s scattered, the more we see it. When the Sun is just about to set, we see the greatest amount of red light and those beautiful sunsets. 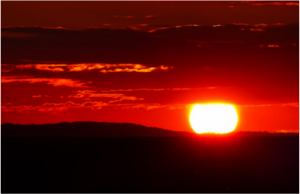 The number of particles in the atmosphere affects the redness of a sunset – more particles means more scattered red light and redder sunsets. These particles can be pollution, water vapor, and dust.

To help during this pandemic, I've lowered the price of my membership which has over 1000 digital resources plus over a 100 flipped video lessons you can provide your students with so they don't fall behind. Use the coupon code - 'online' to bring the cost under $10 for the first month.